RiverWoods Manchester is a community-minded neighborhood, and it is a tradition for Residents to raise money annually for a local charity. This year, The Salvation Army’s Kid’s Cafe was the selected recipient.

The Kid’s Cafe opened in Manchester, NH in 1994. Serving a handful of meals, two nights a week, it has grown to serve a group of inner-city children so that they can have a safe after-school environment. In addition to helping kids with their school work, there are games, snacks, and crafts. A hot dinner is served, complete with tips on table manners by young adult volunteers from local colleges.

Today, more than a hundred meals are served each night. The need for The Kid’s Cafe arises from parents not being home after school and working long hours at low-paying jobs. Keeping the children safe is the highest priority, and helping them develop their academic and social skills is another.

Priscilla Papp, from the Resident Council, served as Chair for the fundraising drive that was held the first two weeks of March. Some of the activities included: ice cream social, numerous raffle prizes to local restaurants and businesses, a hugely successful bake sale, bingo, bowling tournament, and trivia games. 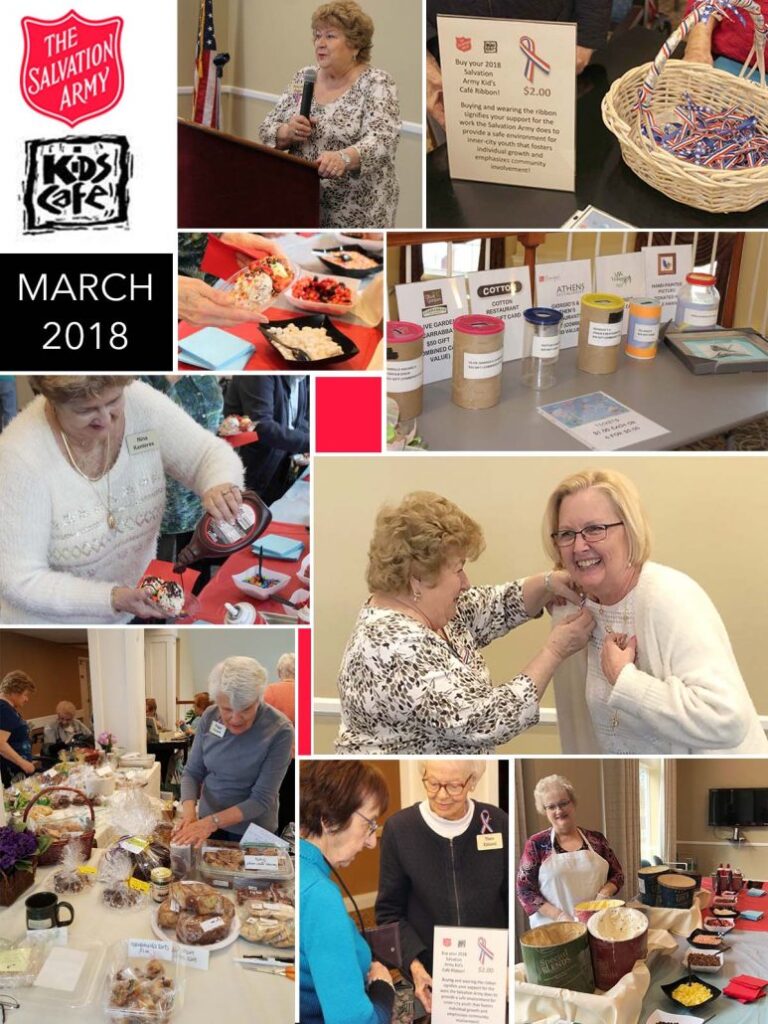 A check for $5, 000.00 was presented to Captain Mike Harper and his wife, Major Armida Harper of the Salvation Army, Manchester, on April 16.

The residents along with volunteers and friends were able to raise this amount in two weeks.. an incredible effort!

Congratulations to all the Residents and supporting Staff at RiverWoods Manchester!